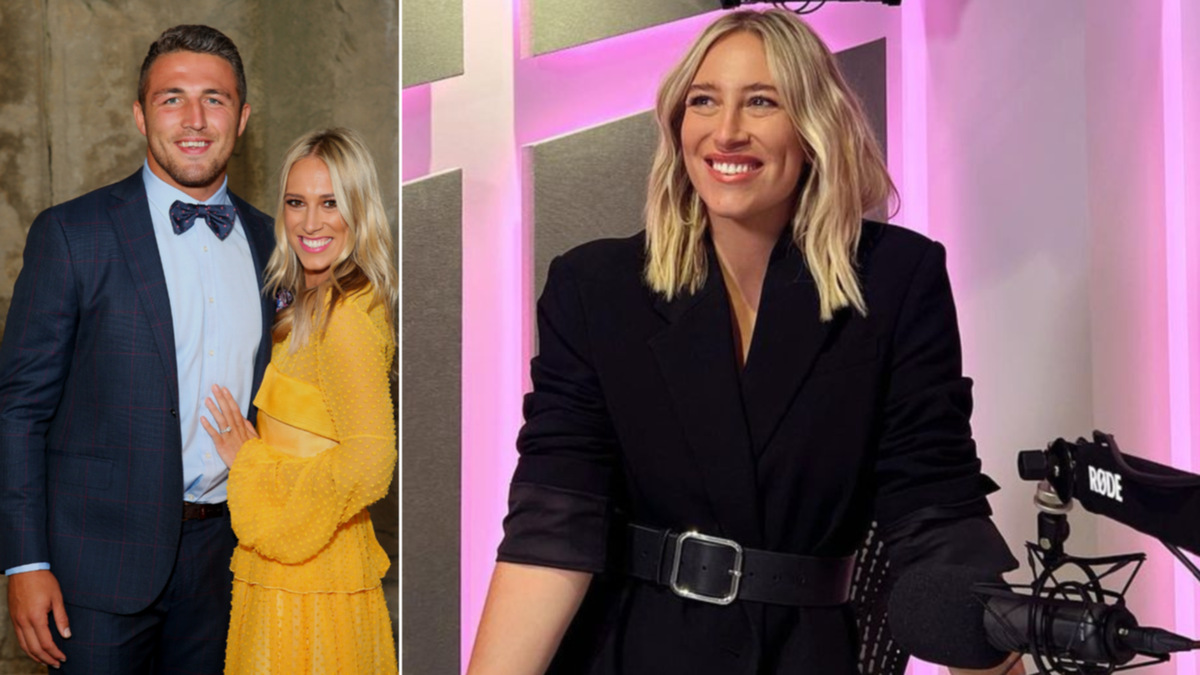 Phoebe Burgess has no immediate plans to date again after her public split from ex-husband NRL star Sam Burgess in 2019.

The mother of two joked about the challenges of dating with children and the “enormous public baggage” she has following the ordeal.

For more Celebrity related news and videos check out Celebrity >>

Phoebe and Sam had a highly publicised split in January 2019 – with her ex-husband later admitting to cheating.

She has since moved back to her hometown of Bowral with their two kids, Poppy, five, and William, three.

Meanwhile, Sam has remained in Sydney.

When asked if she will return to the world of online dating in an interview with Vogue Australia, the mother joked, “What am I going to put on my Tinder profile?”

“I don’t know why, but people seem to want me to enter a new phase, but I’m content here for the moment.”

Having met at a concert in January 2014, Phoebe and Sam Burgess married in 2015 before welcoming their two children.

The pair eventually split in 2019.

‘I embarrassed my wife’

Sam himself has been candid about his infidelity.

On SAS Australia, Sam Burgess provided his side of the story, confessing: “I don’t think I was the greatest husband at times”.

“I embarrassed my wife. I had an affair with a girl – a woman in Melbourne. It’s true,” he said.

Sam admitted it would have been a “tough place” for Phoebe to be in.

‘That night broke me’

Phoebe described discovering Sam’s infidelity as “the worst night of [her] life,” when speaking on the Unfiltered podcast.

The mother said she received a call “in the middle of the night”, with the news.

‘I’VE THOUGHT ABOUT THIS ALOT’: Phoebe Burgess on whether she’ll get RID of her married name

Phoebe then said that the source told her, “that [her] husband had had an affair while he was captaining England in 2017, while [she] was travelling around the country with [their] daughter to watch his games”.

The former journalist said “that night broke [her]”.

To describe the events that led up to the couple’s divorce, Phoebe used the following analogy: “You throw a frog in boiling water it’s going to scream.

“If you turn the heat up slowly, it stays there and it just cooks alive and that’s – little things started adding up,” she said.

Phoebe explained that there were “moments along the way” that led to the marriage breakdown, but can not pinpoint “the exact moment”.

“I wish I’d listened to what my body was telling me. I became extremely anxious after having my daughter, after having back surgery, to the point where I couldn’t drive,” she said.